Yesterday afternoon my youngest son (almost 20 years old!) took off on a hike in the hills behind our house.  He was gone for five hours – a bit stir crazy like the rest of us.  While telling my husband and I about his adventure and recalling the details of the terrain after he got back, he stopped as a thought obviously captured his attention.  Leaving for a second to retrieve a treasure he’d found, I wondered what he could have come home with.  He stood at our bedroom doorway with a handful of wilted wildflowers, sheepishly laughing and assuring me that they didn’t look like that when he’d picked them.  They were for me!  My almost 20 year old son picked wild flowers and brought them all the way home in his backpack from a five hour hike – for me!

The day before that I had picked a dandelion from our back yard and given it to my middle son, Eli.  I told him he could put it in his hair (haha) like I used to do when my boys picked me dandelions and flowers in their younger years.  My youngest son, Kobe, had asked why they used to do that.  It sounded silly to him to recall being compelled to do so.  I told him that little boys love their moms and that that’s why they wanted to pick flowers for them.  Fast forward a day later and that same 20 year old is now compelled to pick flowers for his mom.  No need to try to explain how deeply into my heart the gesture settled, besides, I don’t know if I could do it justice.

Things like this always make me think about my relationship with God, as His daughter.  When I think of how moved I was by my son’s gift to me in all its imperfect, heartfelt, sincere glory, I wonder how I can please my Father in Heaven the same way.  There was no impressive show in my son’s gift.  There was nobody watching as he stooped low to gather blessings for his mom.  That makes it so much more beautiful.  Nothing store bought could ever have moved me as this did.

“…The LORD doesn’t see things the way you see them.  People judge by outward appearance, but the LORD looks at the heart.”   I Samuel 16:7

12 thoughts on “No Show, Sincerity” 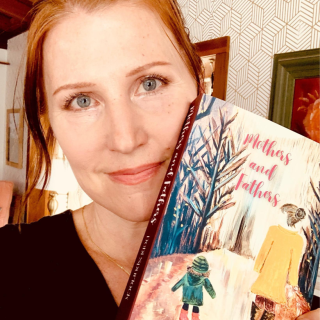